What could the next generation of digital books be like?

Everything smells like chocolate, my novel about a failing young musician, was published october 2011.

The pop-art story was perfect for a digitisation: my main character was unable to properly reflect on the self, only on what was in front om him: successful artists, famous songs, et cetera.

.
That’s why, together with Buutvrij and Codedazur, we created a revolutionary iPad bookapp that takes reading to the next level, and translates Tom’s behavior into the reading behavior by continuously playing with his/her attention.
.

The BookApp won 2 awards and 3 nominations, among them a Golden Spinaward (best mobile app) and a Eurobest shortlist (best innovation). In august 2014, the novel was reprinted as a Rainbow pocket featuring an Anton Corbijn photo on the cover. 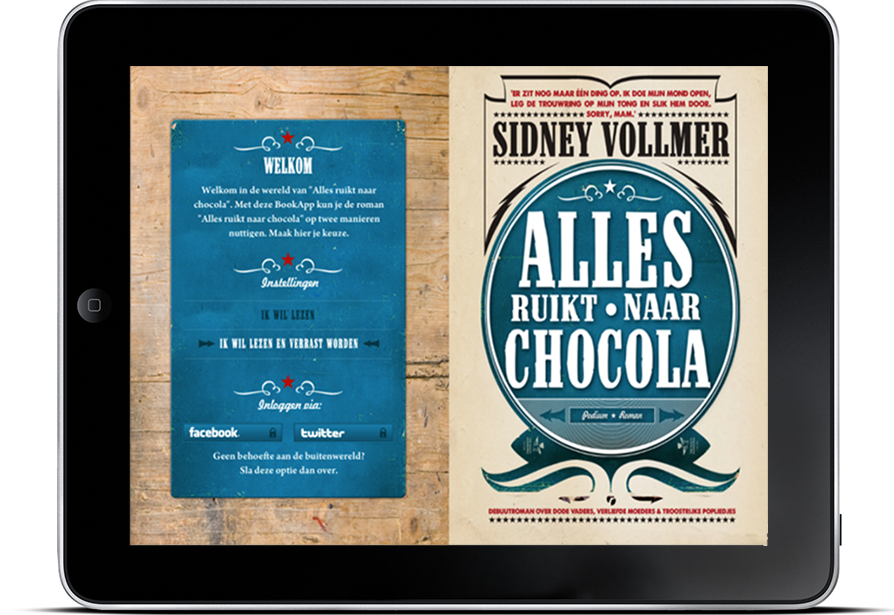 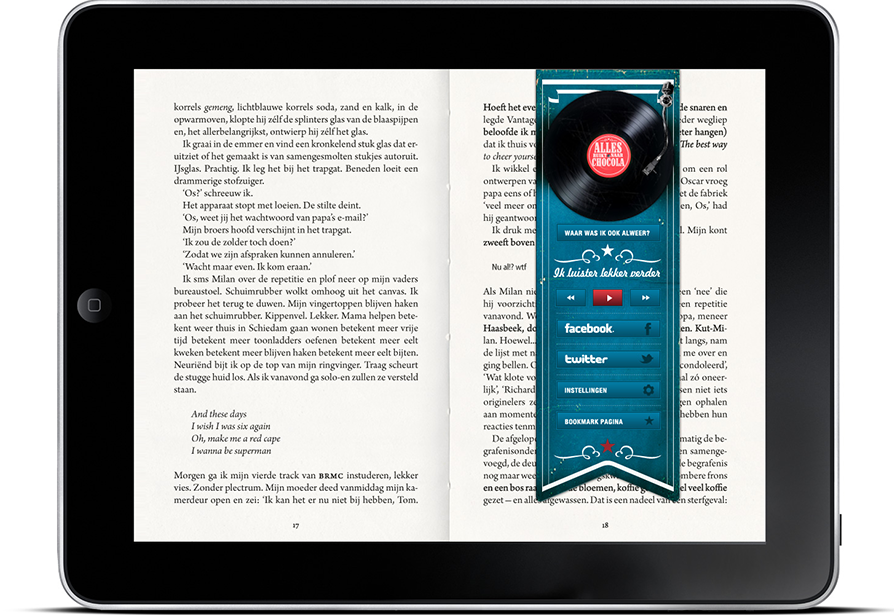 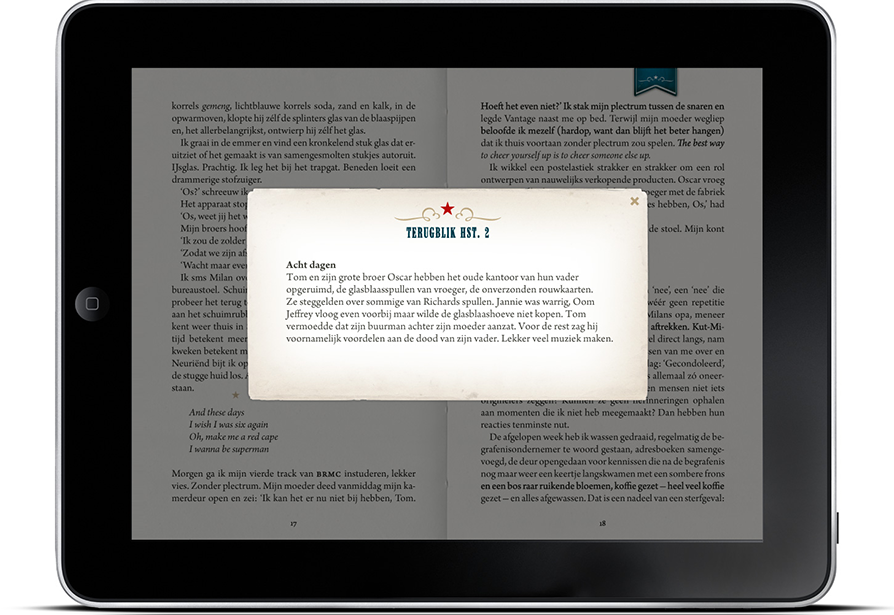 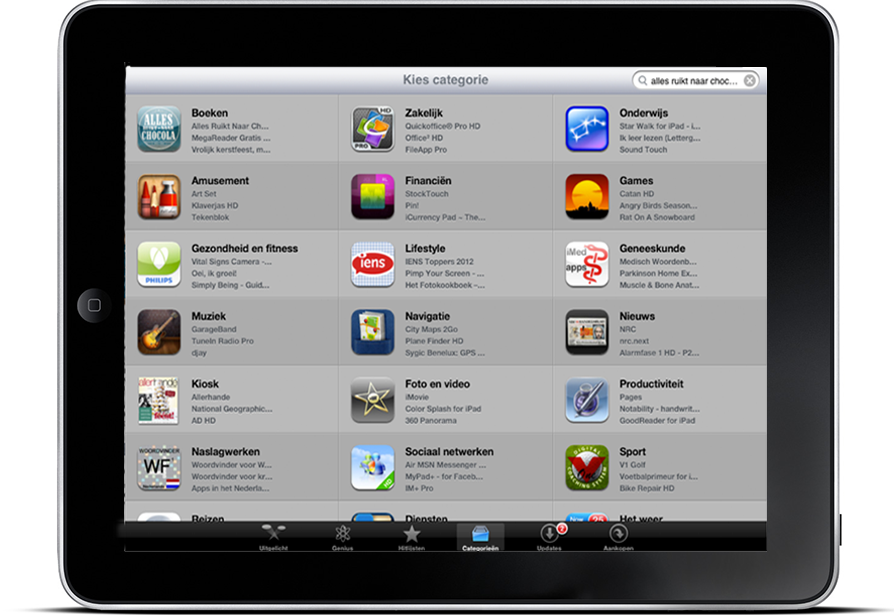